Born and raised on Long Island  Frank Stephen Ehnle has spent a lifetime playing music. He began playing keyboards at age seven and then guitar at age twelve. He played his first live gig at age 16 at the Wooden Nickel in Massepequa Long Island. Since then he has played all over the South East at a variety of venues both local and National. He has performed, produced,  written and recorded in a variety of styles, and has been invited into Morrisound studio (Tampa's finest studio) to do session work with a variety of Tampa artists. In 2008 he uploaded some of his original guitar instrumentals to MySpace (when people were still using Myspace) and was discovered by Derek Sherinian. Derek offered to produce and play keyboards on his originals. Derek also suggested Brian Tichy for the drum tracks. Frank has now released an instrumental progressive guitar project with these "A-list" progressive rock musicians.

With three decades of music experience Frank is an accomplished  guitar player, keyboard player, bass player and also dabbles with the drums. He currently owns and operates Brandon Guitar Gallery just outside of Tampa Florida where he teaches full time. He teaches  guitar, bass, and keyboards. He is currently performing with Tampa's premiere rock band The Shift  and his own Frankie Stephens Project. For more information please see the contact page. 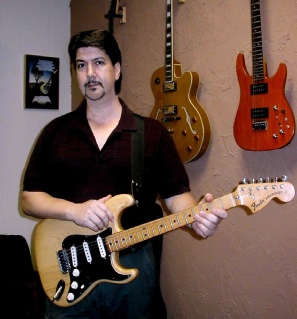 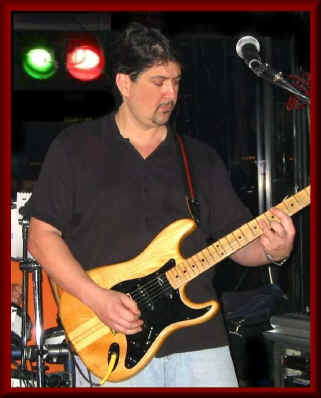